Following claims of pollution of water bodies and environment in Nyanza region, the government has formed a multiagency team to look into the dire issue and crackdown on facilities polluting the lake for 10 days Rapid Results Initiative from 24th February to 6th March 2020. 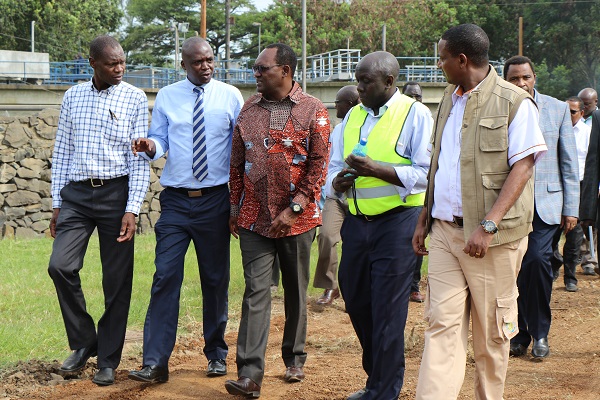 The exercise is meant to address issues on industrial effluent, mapping illegal effluent discharge points, illegal dumpsites, informal settlements and cleanup and enforcement, which NEMA is taking a lead role. 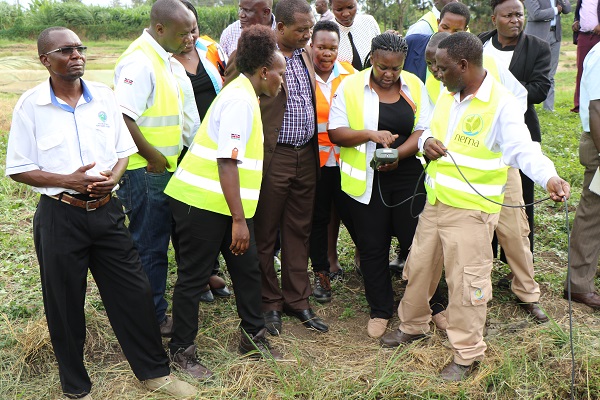 During his visit meeting with stakeholders and field visit to some of the facilities, Environment PS Chris Kiptoo noted that no facility will be allowed to operate if it is polluting the environment. He noted, the team has been given expressive directive to crackdown on all facilities compromising the environment.

Dr. Kiptoo opined that the law should be applied equally when undertaking the inspections. Dr. Kiptoo was accompanied his counterpart in Fisheries department, Pro. Micheni Ntiba. Prof. Ntiba noted that despite alarming reports of contamination of fish in Lake Victoria with chemicals and heavy metals, the fish were still safe for human consumption as the rate of pollution was still low. However, he urged the team to ruthlessly deal with anybody polluting the Lake.

“Lake Victoria suffers from pollution from human activities in the Lake Victoria basin. The pollution is conspicuously manifested in Kisumu area because of the city’s geographical location on a gulf that receives pollutants brought by action of waves from around the city and distant places. Once in the gulf, the pollutants are unable disperse because of limited wave/currents,” Dr. Kiptoo stated. 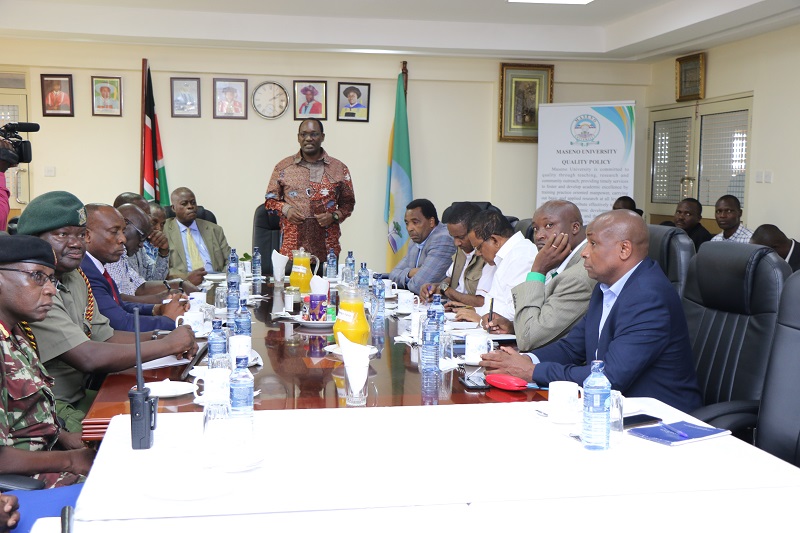 PS Environment and Forestry, Dr. Chris Kiptoo speaking at Maseno University during the meeting with the VC on management of effluent at the University

Speaking during a meeting with the agencies involved in the exercise, NEMA Acting Director General, Mamo B. Mamo noted that the Authority has been working around the clock to address issues of industrial effluent. For instance, during the Rapid Results Initiative conducted in 2019, 298 facilities in 14 counties were inspected and those who did not comply to Water Quality Regulations, 2006 were closed and others prosecuted.

Mr. Mamo noted that, “Article 42 of the Constitution guarantees people the right to a  clean and healthy environment. However, this right comes with a responsibility. As a waste generator, we should not expect someone to pick the waste for us. We should stop the throw away culture.”

To support the enforcement effort throughout the country, Mr. Mamo stated that NEMA will gazette environmental inspectors at the County level and establish a code of conduct to monitor operation of the inspectors.

Agrochemicals has been closed as it has not complied with orders issued earlier. Maseno University has constructed lagoons based on an order issued where they are temporary channeling their effluent as the university work on a long term solution to the problem. 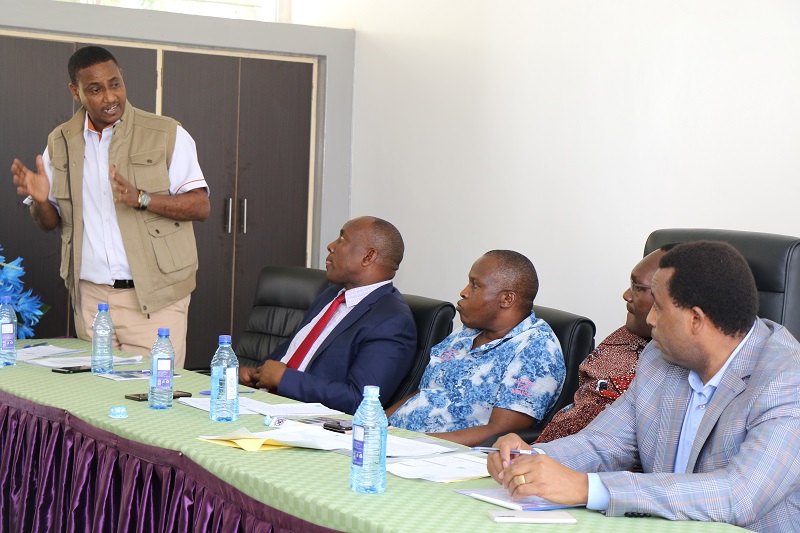 NEMA Acting Director General, Mamo B. Mamo speaking during a meeting with stakeholders at Tom Mboya Labour College in Kisumu during the 10 days RRI in Nyanza Region

NEMA agreed to take the university through a compliance assistance process to ensure that the challenge of effluent discharge at the facility is dealt with. This was agreed upon when a team led by Environment and Forestry PS Dr. Chris Kiptoo visited Maseno University and agreed on a commitment with the University’s Vice Chancellor Prof. Julius Nyabudi.

Kisumu Water and Sanitation Company was also discharging effluent into the river that does not meet the standards as well as regular burst of their pipes. The team led by NEMA and Water Resources Authority undertook onsite water testing and analysis to assess the compliance standards of treated effluent being discharged into River Kisat. It was agreed that Kiwasco should regularly monitor their system to ensure that they do not pollute the environment.

During the RRI in Nyanza region, the parliamentary Committee on Education and Research requested the Ministry of Environment and Forestry to carry air quality monitoring at the Kibos Special Schools to assess the environmental impact of Kibos Sugar Company to the neighborhood.

This was done using the air quality monitoring laboratory to measure the pollutants such as Sulphur dioxide, Hydrogen Oxide, Ammonia, Carbon dioxide, methane, Benzene among other gases. Kibos Sugar Company was found to be emitting these gases.

Through observation, the company was emitting a black smoke affecting the neighborhood. Moreover, there was a heap of sludge emptied which was emitting a foul smell.

A team of NEMA inspectors led by the Acting NEMA Director General Mamo B. Mamo resolved that Kibos Sugar Company should be closed until it complies with all the conditions given to it.

Following the 10 days RRI on effluent discharge and solid waste management in Kisumu that took place from 25th Feb-5th March 2020,the following arrests and prosecutions were made; production manager and contractor at Coca-Cola Company were arrested and charged in court for inappropriate transfer of industrial waste. They were released on cash bail of Ksh. 100,000 and 500,000 respectively; KIWASCO plant attendant was also arrested, charged and given Cash bail of Ksh 100,000, manager Abyssinia Steel Mills arrested and charged, exhauster driver among others.