Nestled between the Aberdare ranges and Dondori ridge in Ol Joro Orok in Nyandarua County, Lake Ol Bolossat is the most vital lake in central Kenya. The lake is classified as an important bird area and source of Ewaso Nyiro River that supports livelihoods downstream. 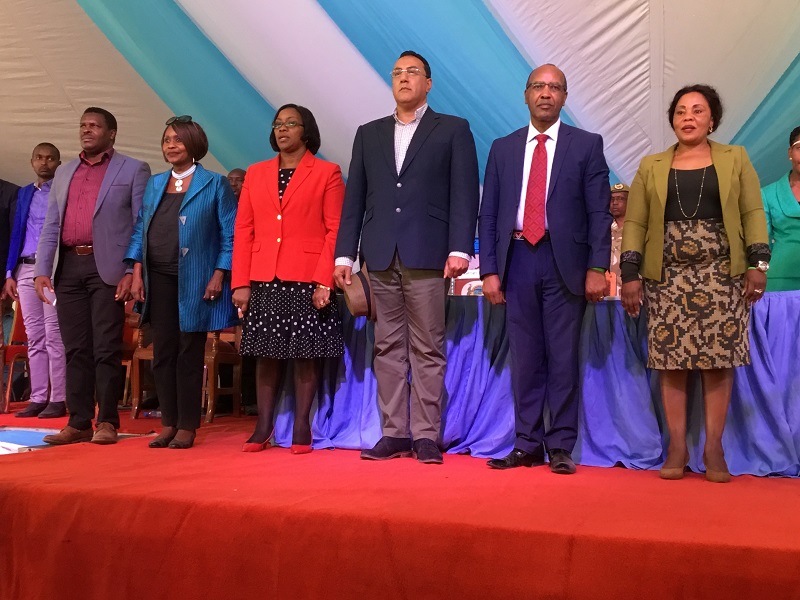 Dignitaries present during the event

Lake Ol Bolossat has been gazetted as a protective wetland area effective from January 24th 2018 as declared by the Cabinet secretary ministry of Environment and Natural Resources, Prof Judi Wakhungu during the World Wetlands Day 2018 in Nyandarua County on 2nd February 2018 held at Kichakani grounds on the shores of the lake. “The documents are now with the Attorney General but the effective date of Lake Ol Bolossat gazettement was January 24 and the lake stands as a protective wetlands area,” the CS said.

Following this vital declaration, the National Lands Commission chairman, Mohammed Swazuri stated that all the title deeds for the land stood dissolved. He noted that according to Sections 10, 11 and 12 of Lands Act 2012, the issuance of a gazette notice means the title deed of the land in question and any others prior to the notice cease.

The theme for this year’s World Wetlands Day was “Wetlands for a sustainable urban future and the domesticated slogan was “Healthy Wetlands, Clean Towns”.

While making his remarks, NEMA board of management chairman, Mr. John Konchellah assured the County of continued support to review, develop and implement various tools and instruments to ensure wetlands are well managed in the entire country. “NEMA board of management commits to continue promoting restoration and rehabilitation efforts aimed at conserving and managing wetland resources in the country,” Mr. Konchellah said.

On his part, NEMA Director General Prof Geoffrey Wahungu reiterated the importance of wetlands in aiding human survival and protection from environmental disasters. He acknowledged that wetlands continues to face unprecedented threats that have led to their deteriorating and disappearance over the years. 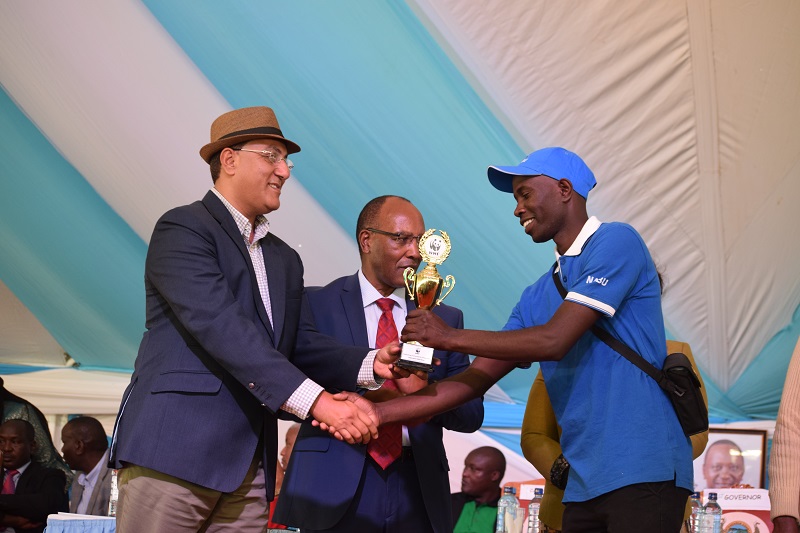 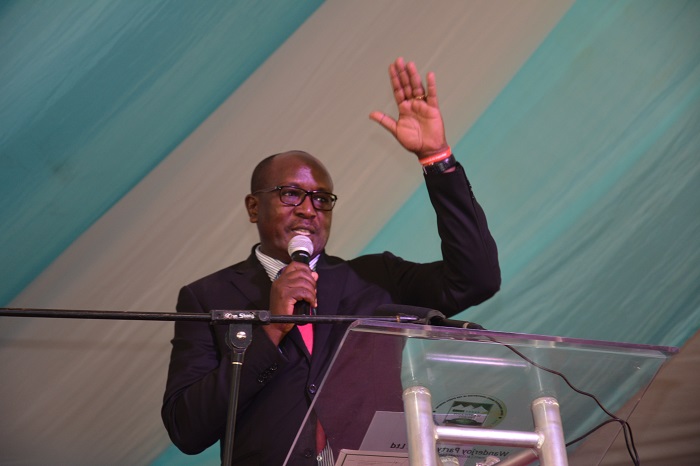 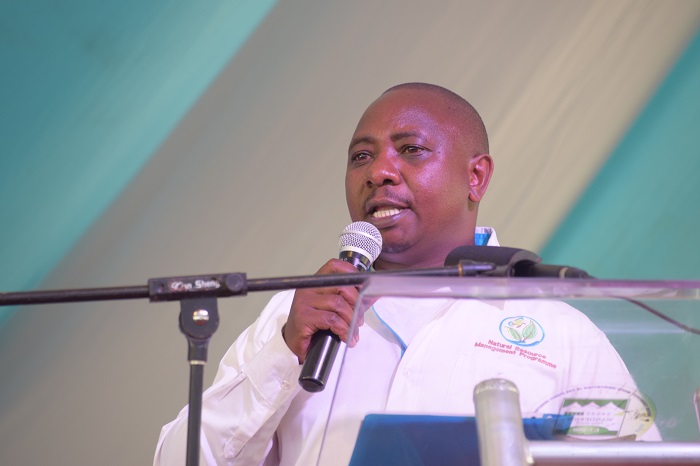 The event was proceeded by a community forum at Kasuku grounds in Nyandarua county on 3oth January 2018 which was steered group of panelists drawn the community organizations dealing with conservation of the lake and some from the county. The event attracted more 300 participants and 10 panelists. It was a Q and A session where panelists presented their points of views towards projects and activities regarding the conservation of the lake. Some of the panelists included; Lake Ol Bolossat Environmental Conservation Network, Kirima Men Lake View CBO, NEMA, Laikipia University, Nyandarua County Government and Kenya Wildlife Services (KWS), Kenya Forest Service (KFS) and Water Resources Authority (WRA). The event was spearheaded by Wetlands International and NEMA. 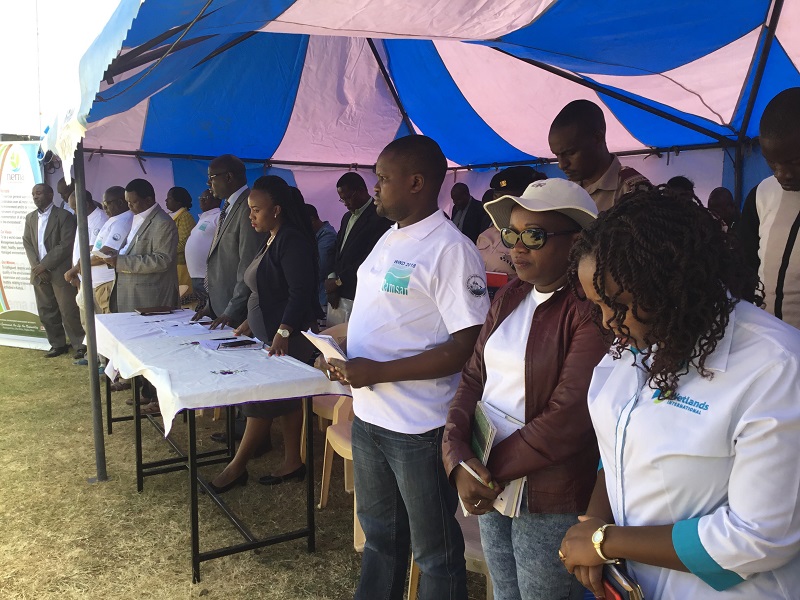 Speaking during the flagging off, the county first lady praised NEMA for banning the plastic carrier bags and enforcing it. “I support the ban on plastic paper bags as they used to be a nuisance to our towns. I will support the women in the county who come up with initiatives such as basketry to earn a living,” she said to an ecstatic crowd. 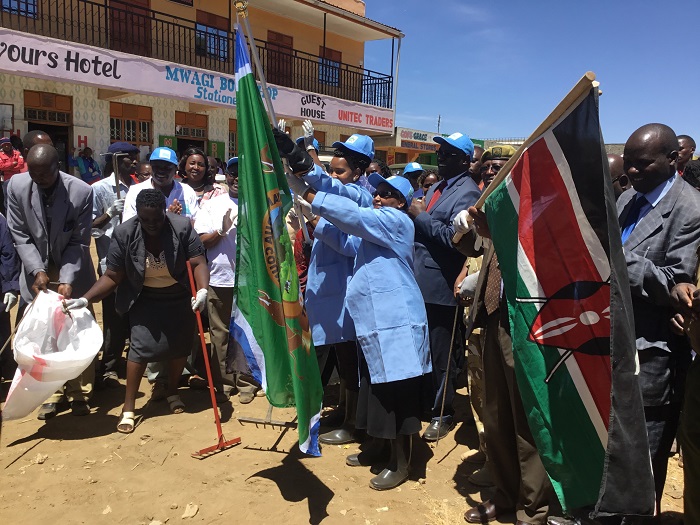