The World Environment Day (WED) is the United Nations Day for encouraging worldwide awareness and action to protect the environment. The day was first commemorated in 1974.

As such, the day is involves among other activities raising awareness on emerging environmental issues from marine pollution, human overpopulation, global warming, sustainable consumption and wildlife crime. 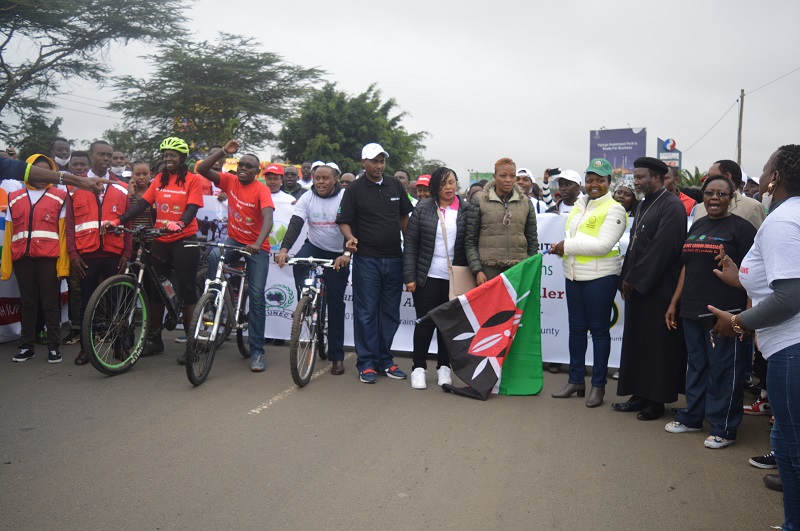 Launch of procession at Mombasa Road to Railway Training Institute

This year, WED was celebrated on 5th June 2019 at Railways Training Institute in Nairobi County. The theme for this year’s event was, “Air Pollution, A Silent Killer” and the domesticated slogan was “Clean Air, Our Responsibility” (Hewa Safi, Jukumu Letu).

The day involved rallying the governments, industries, communities and individuals worldwide to play their part towards improving the quality of air we breathe. Annually, seven million people are adversely affected annually due to air pollution both outdoor and ambient. Four million of this population is from developing counties and further, three million people suffer from diseases resulting from exposure to air pollution. 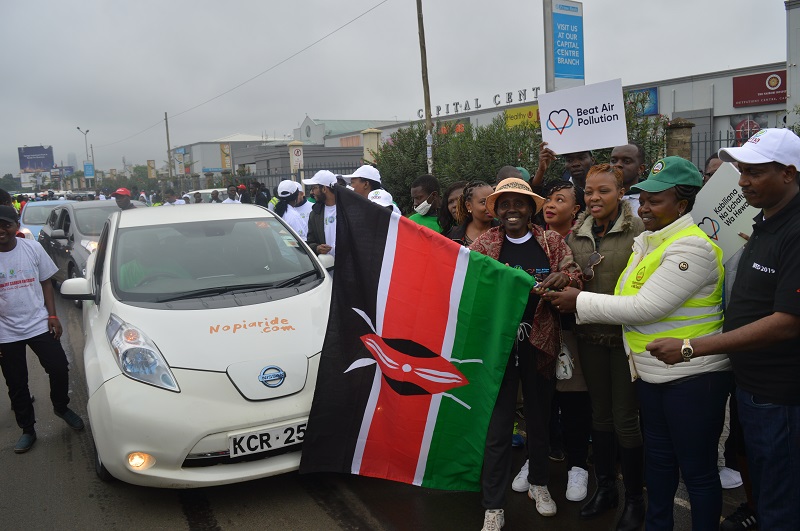 The celebrations were spearheaded by NEMA and Nairobi County government. The leaders called on the government to adopt policies that reduce the emission of harmful greenhouse gases into the environment such as vehicle inspections, stop coal projects as well as inspection of industries to ensure they comply with air quality regulations. Promotion of clean energy will also go a long way in addressing air pollution.

The celebrations were also held in all counties spearheaded by NEMA County offices.

NEMA held a panel discussion meeting on a joint ground with representatives from UN Habitat, the central Government, the County government of Nairobi, the World Wide Fund, and other stakeholders, including educational institutions, at Nairobi County’s Charter Hall ahead of the World Environmental Day held on 4th June 2019. The discussion was themed; Air pollution: A silent killer.

Delegates from various government, and non-governmental groups were present at the forum and presented speeches and informed insights on the day’s theme. Air pollution was notable as an apparent menace that our nation and the whole world is really struggling to get rid of. Nairobi city was laid on the spot as one of the most affected areas by air pollution around the country. However, strategies are in place by plentiful interested parties to ensure the city and its environs are safe from the deadly hazards posed by the elements of air pollution.

The County Executive Committee Member for Environment in Nairobi County, Ms. Vesca Kagongo highlighted the activities the County is undertaking to address air pollution among them installing air quality monitoring systems within Nairobi.

The Authority partnered with Isuzu East Africa who offered an Isuzu M-UX as the main prize for the ‘Hole-in-One’ winner.

NEMA Chairman. Mr. John Konchellah participated in the tournament and rallied golfers and stakeholders in planting over 300 tree seedlings at the club. Mr. Konchellah urged the golfers to adopt a tree at the club and ensure that the planted trees grows. He also sensitized the golfers on the importance of addressing air pollution by individually as individuals as well as in the places of work.

“A cost effective way of handling urban air pollution is planting of trees which is a problem experienced by many cities. We can transform our environment by planting as many trees as possible as this also plays a great role in combating desertification,” Mr. Konchellah stated.