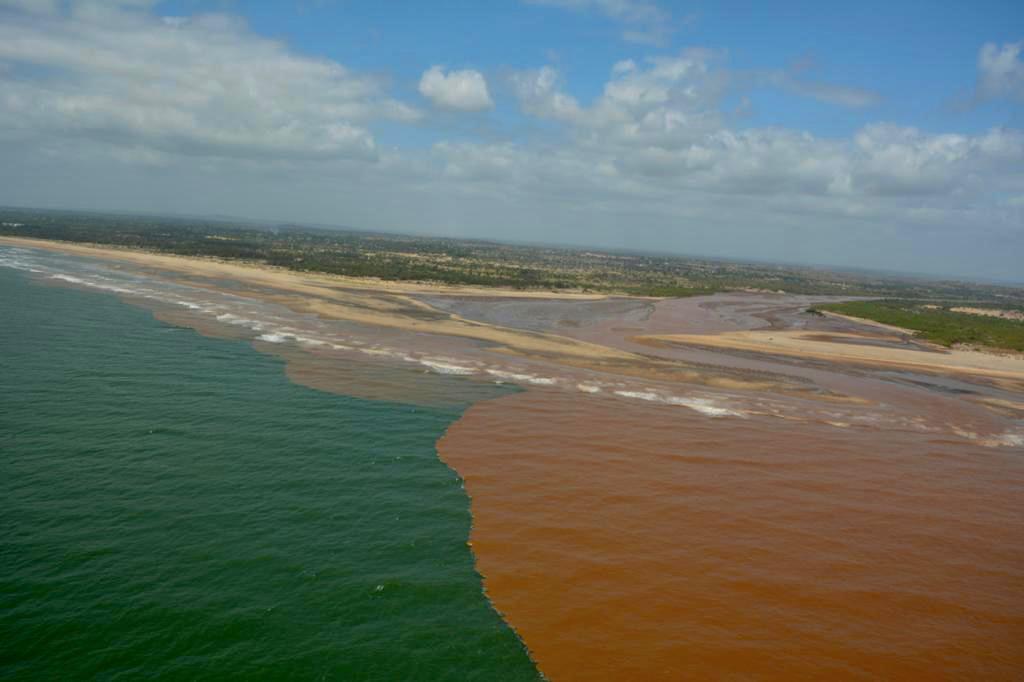 Sabaki Estuary, the Athi-Galana-Sabaki River entry into the Indian Ocean is marvelous scenery dotted with thousands of flamingos, hippos, crocodiles and several bird species as listed by the Important Bird Area (IBA). The estuary marks the point where the Ocean water mix with the reddish river water, showcasing a clear distinction of the two waters trying to marry each other.

It is for these reasons that Kenya organized the World Wetlands Day, an annual event held on February 2nd to commemorate the date of adaption of the Ramsar Convention on Wetlands in the Iranian city of Ramsar in 1971 at the estuary. The Ramsar Convention which is the oldest Multi-Lateral Environment Agreement deals with conservation and wise use of wetland ecosystems and their resources. The global theme for this year is “Wetlands and Water”. 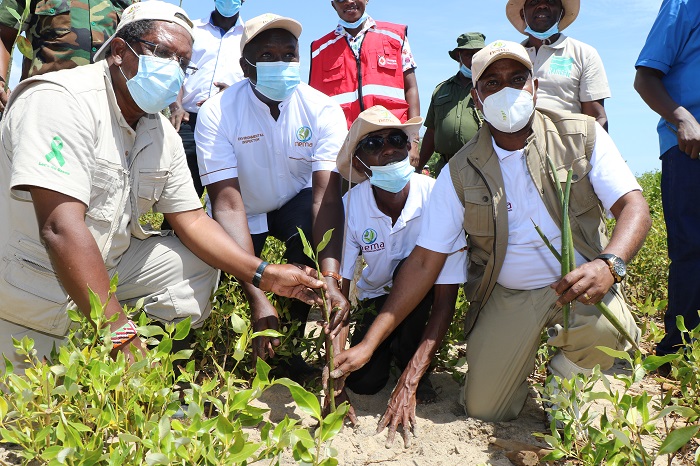 The ceremony was led by Environment and Forestry Cabinet Secretary, Keriako Tobiko. The CS was concerned about the pollution emanating upstream into the ocean and asked NEMA to crackdown on environmental polluters. 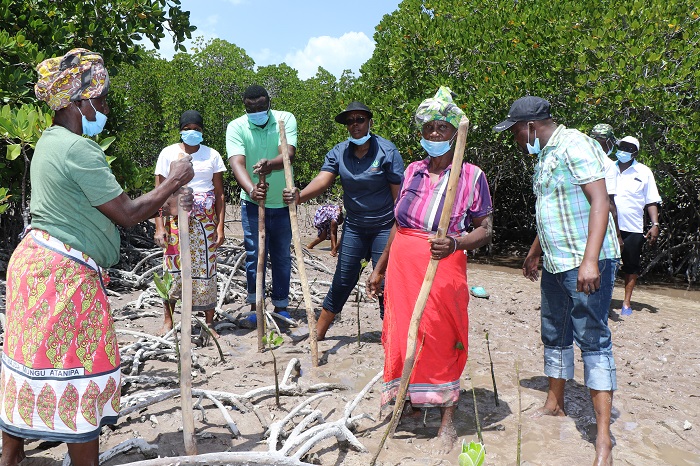 In regards to sand harvesting, CS Tobiko urged stakeholders to hold roundtable meeting to ensure that the harvesting is done in a sustainable manner as the Government was not out to destroy the livelihoods of the locals. He stated that the concern of the government is rehabilitation of environment and critical ecosystems such as the estuary.

According to CS Tobiko, one mangrove tree is equal to ten terrestrial trees in terms of carbon sequestration. The CS directed the NEMA to crack the whip on institutions pollution Sabaki River whose source is Ondiri Swamp in Kikuyu.

The event was also attend by Chief Administrative Secretary Mohammed Elmi who urged the locals to conserve the environment for their wellbeing. Mr. Elmi noted that the preservation of the estuary will benefit the locals and improve their livelihoods.

NEMA Chairman, John Konchellah noted that the Authority has taken bold steps in management of wetlands in the county such as implementation of Water quality regulations, 2006 where NEMA has undertaken Rapid Results Initiative to ensure Athi-Galana-Sabaki River is clean and those polluting the river are apprehended and prosecuted. “We cannot underscore the role of wetland biodiversity such as corals, seagrasses, mangroves, papyrus, sedges and reeds in purifying water and mitigating communities against impacts of climate change. The impact of climate change on wetlands consequently affects livelihoods of wetland resource dependent communities,” Konchellah said. 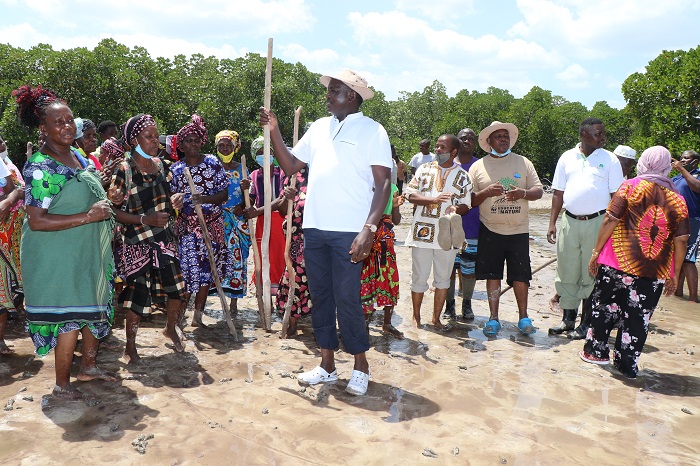 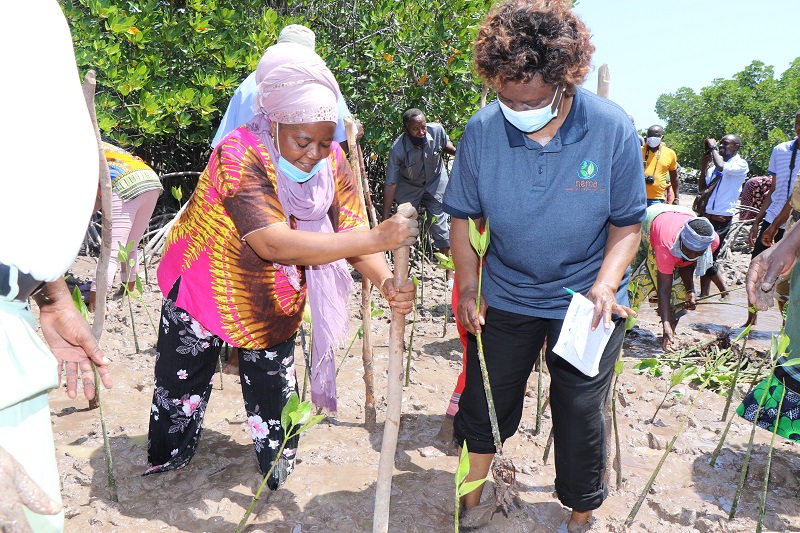 The same sentiments were echoed by Director General Mamo B. Mamo who noted that the Authority has implemented the Integrated Wetlands Management Action Plan for various wetlands in the country as well as mapping of Riparian areas among other frameworks aimed at conserving wetlands.

CS Tobiko launched the Integrated Coastal Zone Management Action Plan, 2019-2023 and Sixth National Report to the Convention on Biological Diversity. The books will inform wetlands management in the region.

Institutions practicing best practices in wetlands management were today awarded for their effort in conservation of wetlands in Kenya.

The preparation for the annual event is coordinated by NEMA and other partner institutions such as Kenya Forest Service, Kenya Forestry Research Institute, Kenya Water Tower Agency, and County Government of Kilifi among others. 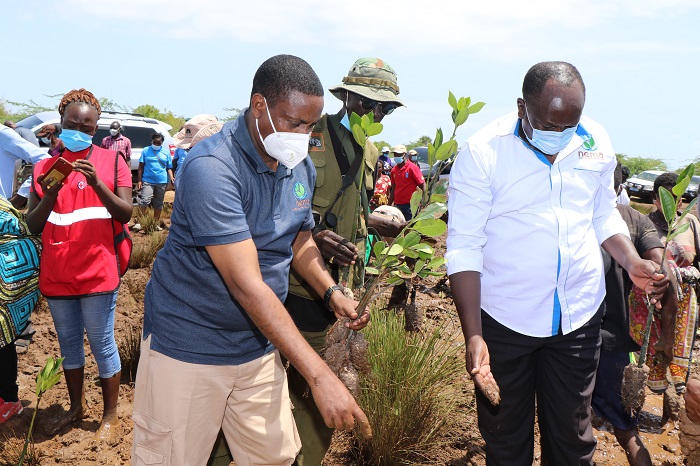 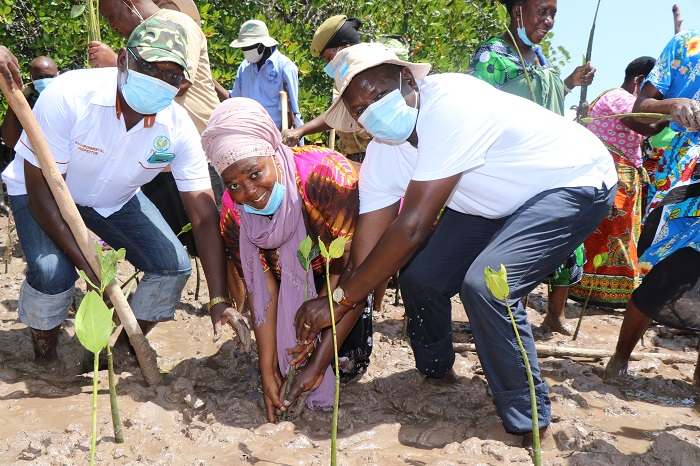 Community Forum on WorldWetlandsDay at Moran Social Hall at Sabaki, Kilifi County. This is a buildup activity towards the event on 2nd February 2021.

The locals expressed challenges facing the Estuary such as cattle grazing, conservation of wild animals and birds, planting and deforestation of mangroves, overfishing and charcoal burning. The hippo population in the Estuary had grown to about 9 two years ago to more than 50 Currently. This was a result of concerted effort to preserve the river and protect them. On the flip side, increase in the number of hippotamus has led to increased human-wildlife conflicts. This has been a borne of contention for locals who that the animals are a threat to their livelihoods as they rely on the ocean resources.They requested KWS to ensure that are animals are kept into their habitat to avoid confrontation with humans.

The locals and county government were urged to market the flamingos dotting the Estuary as a tourist destination. 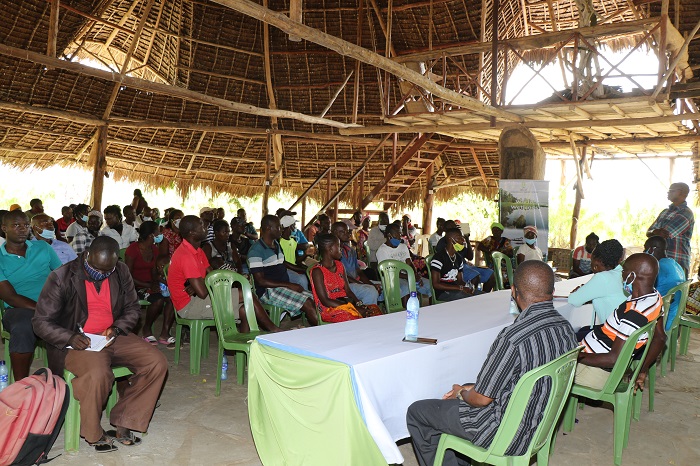 The cleanup was held at Sabaki Estuary led by Nema Board chairman, John Konchellah. Mr. Konchellah warned those pollutting River right from the source in Nairobi that they will be arrested and prosecuted accordance with the law. He asked the county government of Kilifi and other agencies to partner and work together to ensure the River is kept clean. He rallied the youth to volunteer to clean the river.

The Cleanup was attended by other government agencies such as Kenya wildlife services, Kenya forest service, Kenya forestry research institute, County Government of Kilifi among stakeholders. 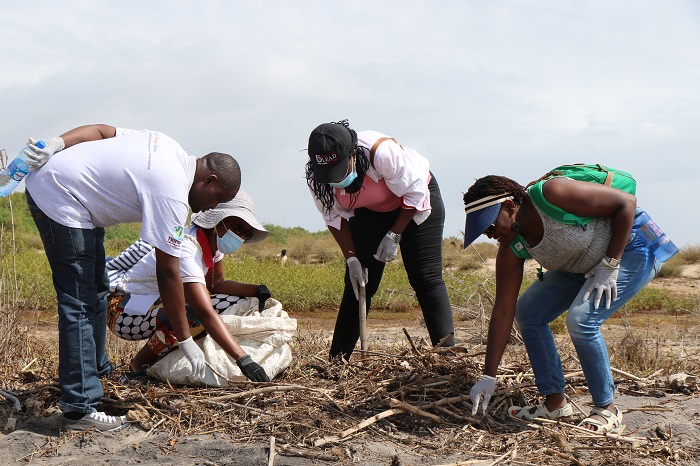 The NEMA board of directors, Staff and stakeholders visited Ecoworld plastic recycling facility in Gede Watamu in Kilifi County. The facility recycles plastics and ocean waste into different merchandise. Speaking at the facility, NEMA Chairman, John Konchellah appreciated the effort the facility has put in place to get rid of plastic from environment and recycling them. As the world Celebrated World Wetlands Day, the initiative can be used as a model of learning on various ways into which used plastics can be recycled into use. 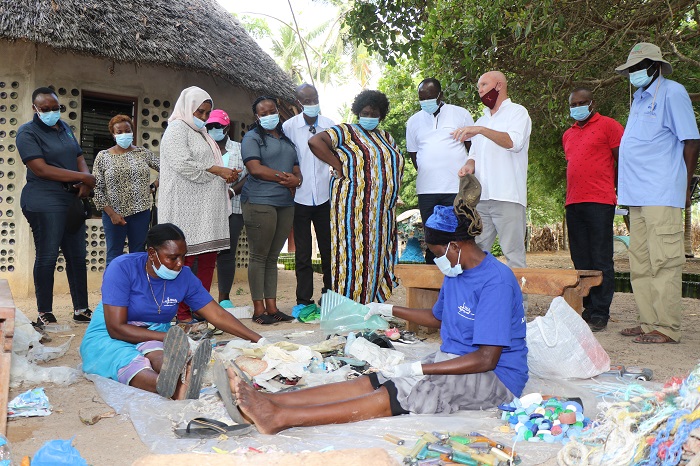